At some time, I will approach Iowa Public Television or the Iowa Historical Society with the this blog entry and all the interest shown, and hope they will pick up the ball. It may not happen until I retire - a mere 9 years away! In the meantime, if you'd like to leave a comment, sharing you memories of the Bells and leaving information about how family members might be contacted, please do so. Jim Calkins from West Branch Middle School is working on putting together a list of Bell's topics and schools at which he spoke.

If have specific information about either of these things, please e-mail Jim at conn53victor a mchsi. Here are a some newspaper articles from Wright County and Estherville about Al's visits. Email Article to Friend. Al Bell - what a hoot. I saw him many times, growing up in Dumont, Iowa. Could I possibly remember him having a big Chow dog after he went to China? He was a phenom of the era, I doubt we'll ever see his like again our loss!

OK - I feel better to have heard so many people who remember Al Bell. I recently asked several of my co-workers all of whom are from Iowa if they remembered Al Bell and his school assemblies. They all looked at me like I was crazy. Apparently, he limited his shows to smaller venues, perhaps?

I grew up in Auburn, Iowa Lake View-Auburn schools at the time and remember sitting in the gym absolutely amazed by this man and his wife. It really would be something to have his collection celebrated somewhere. You'd think there would be room for Al Bell, too!

How ironic, While watching the travel channel last night, Anthony Bourdain, I was telling my girl friend how as a kid in Southerland, Iowa, we had Al Bell come every year to share his travels. The most memorable moment as a child was watching him drive a red car around curving mountain roads; when suddenly the car went off the road crashing into a stream.

Then when we thought he had crashed; a hand picks up the car, and holding the car laughing was Al Bell. Just yesterday at childhood friend called me trying to remember Al's name We had to call my brother in Wisconsin, who remembered instantly. Then my friend Ike, googled Al and now here I am. I love that so many people have this collective memory! Thanks for putting it out there. I was in elementary school in the 70's and Al was still touring the small town schools then! Your description is spot on - the slide shows and the outlandish costumes.


You did forget to mention the dirty gym floors where we had to park the seat of our pants. Good grief I remember the excitement and anticipation when we knew he was coming. Reading the comments has given me pause - did I get the travel bug from Al? I spent a couple of summers abroad, working as I went to fund my travels I no longer live in Iowa, but I still go back to butcher chickens, get my pork Notify me of follow-up comments via email. Why the Blue Skunk blog? Monday, January 29, at Sometimes accomplishing the small goals are just as satisfying as accomplishing the big ones.

May Jim Calkins from West Branch Middle School is working on putting together a list of Bell's topics and schools at which he spoke. Doug Johnson Comments Share Article. Reader Comments Welcome to the VERY same world each and every one of us overseas educators enjoy each visit back to our hometowns and cities. How about webcasting it and sharing it with the rest of us January 30, Andrew Torris.

I loved Al Bell and his wife growing up in Northwest Iowa. One year while recuperating from a concussion that kept me out of school for 4 weeks, I insisted that my mother drag me into the gymnasium just to see them. Of course I threw up before, during, and after, but it was worth it to see their presentation on Spain. One of my teachers went to Alaska one year and came back with slides and artifacts. That was my first inkling that I too could travel and come back to share.

When I was 20 years old, I lived in Taiwan for a year. I was able to do a presentation for my hometown church when I returned and have shared those materials many times with my students. I'm looking forward to continuing to travel when my children are older. Doug, you continue to travel. I agree with Andrew Torris.

Be the Al Bell of our generation. February 1, Diane Chen. Diane, I am SO happy you wrote this.


I was beginning to wonder if Al was figment of my imagination. I do wonder what puts the travel bug in some of us and not in others. I would love to put my presentation online as Andy suggests, but like I told him, my horrendous pronunciation of Quechuan words would be preserved forever! May you get many more chances to travel and if you ever learn more about Al Bell, let me know. Thanks again for writing, Doug. February 1, Doug Johnson.

We loved his presentations. The one I remember the most is his tour of the Galapagos Islands.

Al Bell remembered : the story of a beloved world traveler

February 26, Doug Johnson. What small town in Iowa? I am from Iowa and yes, I remember Al Bell and his wife. We had a little ditty: February 28, Tildy. The things we remember.

March 1, Doug Johnson. I also fondly remember Al Bell and his wife from elementary school assemblies in Humboldt, IA in the early 60's. My son and his wife now live in Hong Kong and have been traveling extensivly in the region since they got there in August His wife is a writer at heart and writes wonderful, page emails about each adventure. Just like elementary school, I read her letters and sit there with my mouth hanging open in awe. I found your post after thinking of Al Bell today and plugging his name into Google.

Thanks for your post and all the replys. March 1, Rich Weiss. My friend Mary and I were just talking about a slide presentation on Egypt that we had seen, and she asked me if I remembered Al Bell. He was the bright spot in every school year here in central Iowa. His shows introduced us to those exotic, far away places that we had seen in magazines or books. Most of the students at our rural school had enjoyed vacations to such faraway places as the Iowa State Fair, so hearing Al opened our minds and imaginations to the world.

When I googled his name, we were excited to see a few other people share our memories of growing up in Iowa. Does anyone have any current information on Al Bell? March 21, Nancy and Mary. I was reminded of the six points of separation when I found your blog. I had typed by own url address in the google search and your blog came up with my son's name mentioned.

Andy Torris is living in China and asked you to become the Al Bell of the internet. What a wonderful connection. We did not have Al Bell at our school when I was a child but we did have other National School Assemblies that brought the outside world into our little community in eastern Oregon.

I am sure that an Al Bell of sorts planted the seed that lead to a life of dreaming about travel and then as a retired teacher the travel itself. As for the six points of separation She now lives in Oregon. About 70 people attended the Old Settlers event, most of whom had fond memories of visits to their schools by Al Bell. Bell worked his way through college at radio stations and as a photographer. After college he continued working in radio. Bell-Greenstreet said her father was always getting fired from his radio jobs because he would continually bring up ideas to program directors who would then dismiss him.

In he came up with the idea of supporting his family by going on trips and making films to show to children about these trips. He went around to schools selling his idea. If they did not like it, he would give their money back. Bell was fluent in German and Spanish and could get by in Portuguese, his daughter said. Rhea Bell was a concert violinist in the Des Moines Symphony during the s. At the peak of his popularity, Bell was presenting programs in more than Iowa schools yearly. A group of superintendents from Minnesota heard about him, and he also presented programs in the southern parts of Minnesota.

One year he did programs in schools, Bell-Greenstreet said. From to , Bell and his wife made 30 films while traveling to more than 60 countries.

The films were also about parts of the U. Bell had an agreement with his wife that they would outside the country only once every other year. In odd years, they would travel somewhere within driving range so that they could take their children along. It took up to six weeks to shoot a film over the summer and when out of the country, they had to leave their children to the care of someone at their farm in Stuart.

They would take an empty suite case with them in order to bring the items back. Bell would travel the state, sometimes doing four programs per day for school children. He and his wife would wear native costumes and tell the children about the artifacts and native dress that they had brought along with them. Then they would show a film. Bell and his wife shot all of the footage. Once home Bell would edit these films at his house.


He and his wife narrated the films, and he would add music and sound affects to each film. He had to edit his films with a razor blade and had to precisely time out his narrations, music and sound affects. Some films have plot lines surrounding the area where they are visiting, and some are more of a travelogue. 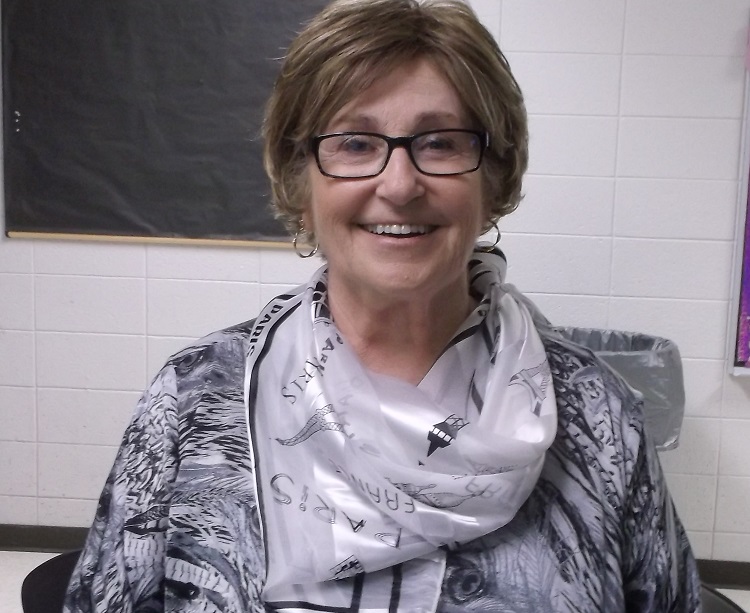 Bell also used his wife and children in his films. Bell had to give up his travels and presentations in because of a heart condition. The Bells retired to Arizona, where they did programs for children in Phoenix and Tuscon.