At the present time, the costs of the war, as stated by the administration, are being met through regressive taxes, budget cuts at all levels, inflation and deficit spending. The historical narrative of how these methods have worked or not worked in the past is integrated with this section of the book at a level suitable for the lay reader. But the Bush administration's desire to have both a tax cut and the war on terror has led to failure to rally the nation and underfunding areas like veterans' programs and foreign aid, giving a strong impression abroad of a lack of national will. 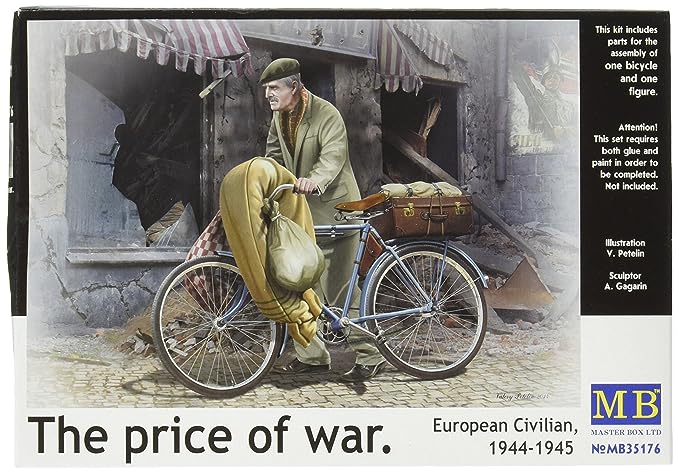 Goldstein suggests that rescinding the last tax cuts is a good starting point for a national and even international rallying, one that will keep the war on terror from dragging on as long as the Thirty Years' War. In attempting to face facts as he sees them, Goldstein makes a fine example of a nonideologue at work.

Goldstein makes a fine example of a nonideologue at work. Here he argues that the war on terrorism is much more expensive than we have been told and that we must spend now to win it quickly or we will pay far more in the future to do so. Recommended for all public libraries. Would you like to tell us about a lower price?

If you are a seller for this product, would you like to suggest updates through seller support?

Read more Read less. From Publishers Weekly A scholar at Brown University offers this compact and cogent study of the costs of the war on terror and how to meet them more effectively. Start reading The Real Price of War: Don't have a Kindle? Try the Kindle edition and experience these great reading features: Share your thoughts with other customers.

The frighteningly high human and financial costs of war

Write a customer review. Showing of 5 reviews. Top Reviews Most recent Top Reviews. There was a problem filtering reviews right now. Please try again later. Joshua Goldstein is a political scientist with a special interest in war and international relationships. In this modest volume he itemizes the economic costs of war in general and historically and shows specifically how much the average household in America is paying for the war on terror.

His position is nonpartisan and his tone is measured, factual and amazingly calm. It's apparent that he didn't think the war in Iraq was necessary, and it is clear that he thinks the Bush tax cuts put too much of the financial burden for the war on terror onto the shoulders of Americans of modest means.

He shows that historically the rich have paid a larger portion of the cost of war than they are paying for the current war. This would only seem right since they have more to lose financially speaking. He also thinks we ought to pay for the war as the expenses arise and not put off the cost by borrowing or through deficient spending as the Bush administration has done. That way just increases the total cost of the war because we have to pay interest on the money borrowed.

Regardless of how the war is financed Goldstein shows that there will be an additional cost in terms of inflation. He sees inflation as one of the "hidden" costs of war, and relates a "History of War-Induced Inflation" on pages , and then asks, "Will the War on Terror Trigger Inflation? Obviously, by detailing the costs of the war on terror and making that cost personal with his "bill" to the average American household, Goldstein is attempting to do this himself.

One wonders if that is not Goldstein's veiled point, although his expression would deny that. Of course the real "real" cost of war goes much deeper than the economic. The lives lost, the injured and maimed, the waste of human effort and the displacement of energies from something productive and life-affirming are most significant.

Goldstein is not to be faulted for leaving these out since such matters are not part of his thesis, and that is fine since every book should have an end as well as a beginning. However, I cannot read about the subject of war without thinking about its "real" significance in human affairs beyond not only the economic and the personal costs, but the species-wide costs as well.


And I would ask not just "what price war? As an instrument of the tribal structure, has war insured that those tribes that committed themselves to its unrestricted use are the ones that have survived and are "us" or is it the case that those tribes that survived are guaranteed to eventually go the way of the swordsman? Goldstein begins by pointing out that the total cost of the War on Terror includes money spent through government, private and indirect costs, and added costs that we may pay in the future.

The Real Price of War: How You Pay for the War on Terror

And then there are the "costs" of the over 2, American lives lost so far, and the tens of thousands of Iraqis and Afghans. In addition, there are costs for added corporate security eg. However, no credible estimate of these costs was given. Finally Goldstein suggests that additional funds will be needed to win over other nations - for improved education, healthcare, military arms, and general economic aid.

Again no credible estimate of these costs. The "real" issue, which Goldstein fails to realize, is that it is economically and operationally impossible to realistically defend against all credible terrorist threats. The war is expensive.

Secrets Of War, The Price Of War 04 The Balkans Tinderbox

Someone has to pay for it. The Real Price of War: It asks the tough questions about who pays and gives us a better understanding of the war's impact on our everyday lives. The Untold Story of Fidel Castro "Provides an eye-opening look at an extraordinarily dangerous policy decision by the Bush administration: The Real Price of War ought to be required reading among all Americans who want their government to do the right thing. In attempting to face facts as he sees them, Goldstein makes a fine example of a nonideologue at work. Search This Site Search the web. Description Are Americans in denial about the costs of the War on Terror?

What Does War Cost? Broader Economic Effects 5. Business under Stress 7. The Price of Failure 9.