If you go looking for alternates, child, you'll find them, but its best to stick with what you have here. But even after their conversation veered off into another direction, Jacob couldn't stop thinking about it. 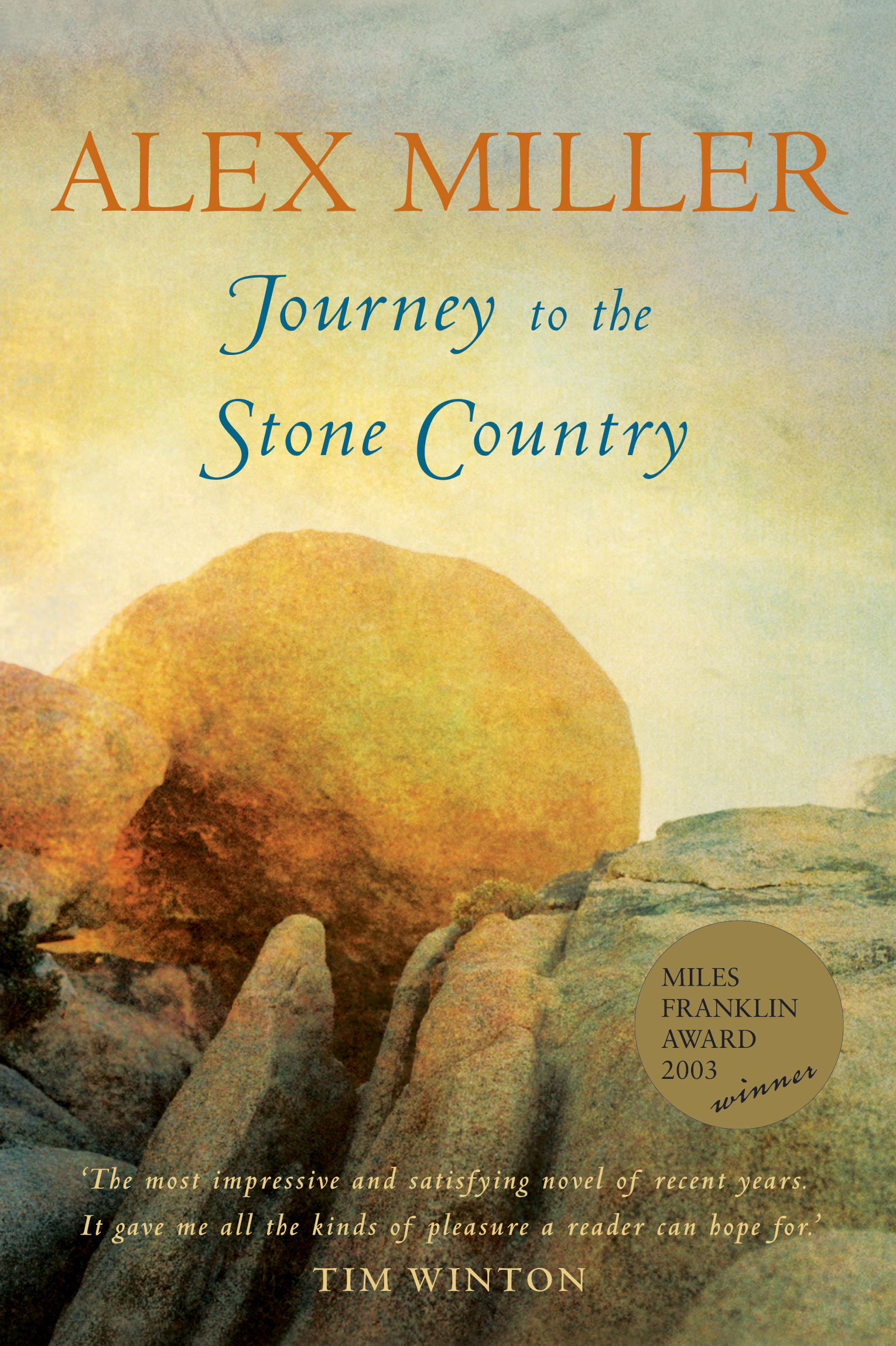 The Hunt, never bound. Or, bound to the forest, but Darkbrook abandoned? That was almost too terrible to contemplate. And later, as she walked back to Darkbrook from Sennet's house, she wondered if another Jacob Lane in another alternate reality was walking home from someone's house, and maybe, just maybe, in one alternate world, her parents really had been killed by the dragons. And maybe that thought was the worst of all. Arlen had--somehow--broken off from the main body of the hunt. For a while, he was content to ride by himself and away from the others, despite what his uncle had said was grave danger.

After all, it had been weeks since his uncle had brought back a kill. He heard the sounds of the rest of the party for the longest time before he realized the noise had grown fainter and fainter as his horse picked through the thick underbrush of the forest.

And even then, Arlen wasn't frightened until he reached a wide creek--with a sturdy bridge across its width--and saw the decaying bulk of what had to be Darkbrook standing alone in a clearing, broken out windows glittering dully in what weak sunlight managed to pierce the forest canopy. Half the building had been smothered by ivy over the years; what remained free of ivy had been touched by fire sometime in the past century, but was largely intact. Just the sight of the castle was enough to freeze Arlen into place--at least, until the Hound growled behind him and he remembered the hunt and why he was in the forest in the first place.

Arlen's breath caught in his throat. He fumbled for a weapon--his uncle had refused to allow the hunters to carry guns--but it was too late even then. It had been too late--probably--since he saw Darkbrook and realized how far he had come. His horse was no help; it sat quiet and unperturbed as the Hound wrested the crossbow from Arlen's hands and pulled him to the ground. For a moment, with the Hound's knee on his back and the crossbow bolt cold against the back of his neck, Arlen breathed in leaf mold and dirt and wondered if his uncle would miss him once he was dead.

And then, the Hound's weight lifted from his back. Arlen did not dare move until he heard the creature curse.

Even then, when he glanced up and saw the Hound standing over him with the crossbow in one hand and the horse's reins in the other, he found himself frozen in place, still waiting to die. Arlen scrambled to his feet and stood in front of the Hound, panting and frightened, bracing himself for the cold steel of the crossbow bolt as it slid into his chest.

Or maybe the Hound would shoot him in the stomach and leave him to bleed to death on the forest floor. The crossbow wobbled in his hands. Arlen stopped so quickly that he almost collided with the horse. The Hound bowed, sardonically. Arlen stared at the Hound for a moment, panic casting out any remnants of sense.

He fell to his knees. Arlen staggered to his feet. Are you fond of the horse? This time, when he started forward, Arlen managed to stay on his feet. In a daze, Arlen let the Hound push him forward until--after no time at all--they stood in front of Darkbrook's double doors, locked and barred against everyone, especially the hunters. The Hound prodded Arlen's back when he stopped again. The Hound's gaze went blank and cold. This Hound had blond hair and gray eyes and wore clothing just as worn as the other Hound's rags.

As Arlen stumbled through the doorway, he heard a raucous cawing from behind them, in the forest, and watched as a cloud of crows billowed out of the treetops. Arlen followed the younger Hound while the older one brought up the rear of the group. He had lowered the crossbow, at least; and he seemed much less frightening since he had not--yet--tried to eat Arlen or the horse. There was a courtyard past the front doors and down a short hallway.

The older Hound left the horse there, tied to a post. The younger Hound nodded.

Arlen had to swallow twice before he could speak. Arlen did not ask how the Hounds could know such things while bound inside the forest, nor did he try to deny the truth. Instead, he held himself very still and tried not to flinch as the older Hound brought the crossbow up again. Arlen knew he wouldn't have a chance to live if he tried to wrest it away, so he held still, his hands empty, and closed his eyes. If he died in the next few minutes, he thought he would not rather see his death coming.

He flinched back as something whooshed past his face--a spell? And for a very long minute, all he could do was gasp and gurgle as he tried to wrap his mind around the fact that one Hound had saved his life while the other one had sought to end it. The other Hound stood stock-still, as if he had been frozen, staring at something Arlen could not see.

Gently, the younger Hound removed the crossbow from the older Hound's slack grasp. He seemed to take care not to touch him, perhaps for fear of what would happen when he emerged from his daze. The older Hound took a step backwards, blinked, and bared his teeth. And then, he shifted shape into a menacing white Hound, favored Arlen with a look of pure malice, and ran off down the hall. No less than a minute later, Arlen heard the horse scream. He started forward, as if intending to follow the Hound, but the younger Hound stopped him.

Arlen stared at him. The Hound shook his head.

There was a streak of blood across one of her cheeks and blood on her hands, but she didn't seem to notice. Why do you need me? He would have liked to say that his uncle would have listened, but 'surrender' wasn't anywhere in his uncle's vocabulary. He asked this as if Arlen had experience in this sort of thing, this negotiation of lives. And was there a hint of desperation in his voice?

Neither Hound had mentioned their Master--was this a mutiny? He had boasted that the Hounds seemed easier to kill lately, and he'd even mentioned that they had become harder to find. The Hounds exchanged glances. He said this without emotion; without any sign of sadness. Just stating the bare bones of simple fact. And perhaps it was this that convinced Arlen they were telling the truth. They didn't try to convince him, or debase themselves to beg. They only waited, patiently, for his decision, their fate in his hands. The younger Hound stood for a moment with his eyes closed. After a moment, the younger Hound pulled an envelope from his pocket and held it out for Arlen to take.

Arlen opened his mouth to tell the Hounds that he had no intention of ever setting foot in the forest again, but he nodded instead and tucked the envelope away. The younger Hound smiled faintly. Learn more about Amazon Giveaway. Set up a giveaway.

Do you believe that this item violates a copyright? She was stronger than she looked; a lifetime of lifting heavy pots in the kitchen and menial work had given her muscles Ash couldn't contest in his weakened state. This time, there was no mistaking the gleam in her eye.

Ash shivered and tried to mask it, but her smile only widened. You'll be feeling much better soon. Then she carried the tray to the door, as if to leave, but she only turned around in the doorway and dropped the tray.

Broken crockery and breakfast splashed across the floor. He let his head fall back against the piled pillows. She had always been so meek and timid. Ash stared at her. And what did I get out of it? Girls aren't allowed to be wizards. Ash drew in a breath and smelled a mixture of herbs and the ingredients in the tea she had made him drink. Ash struggled to keep his eyes open. He felt as if something sucked him down into darkness, either by whatever spell she had cast or the tea he had so stupidly drunk.

The smell almost drove the sticky dullness from Ash's mind, but something she had done kept him immobile. Clara smeared a thick brown paste at the base of his throat, at both temples, and over both Ash's eyes. She poured this bottle down Ash's throat. He tried not to swallow, but the room started to swing around his head and the liquid in his mouth burned enough to bring tears to his eyes.

He swallowed, gagged, and almost vomited. Clara held his mouth shut until the spasms had passed. I'm just a serving girl. I thought he might need something to eat--He's been so sick lately--but when I opened the door, it was too late. I tried to save him, but I didn't reach him in time. The part of Ash's mind not struggling under the darkness that threatened to bear him away realized she was probably right. No one would suspect meek little Clara.

No one would suspect a mere serving girl. Cold spring air swept into the room, dispersing some of the fumes, but Ash's mind was too far under her spell for the cold air to revive him enough for escape. You'll be dead before you reach the ground. He saw his own hand turn back the quilts, felt the first stirrings of weakness as he carefully stood.

Ash felt his mouth open without any help from his waking mind. He moved to stand in front of her, and she placed one callused hand on his shirt, right over his heart. Something wrenched through his chest, driving daggers of pain deep inside his mind. If he could have screamed, he would have. Even without screaming, he knew she saw the pain in his eyes. Speech had abandoned him along with reason. He struggled against the bonds she'd placed over his mind, but failed to pierce her spell.

Oh, she had been planning for this moment. And she had planned well.


The pain lessened only briefly as she removed her hand from his chest and placed it on his forehead. This time he was almost ready for the burst of fire that filled his head. This time, he very nearly fought it off, holding the very core of his self close to the farthest recesses of his mind so she could not take everything away from him.